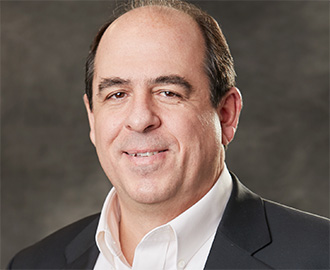 On January 31, 2019, the US Department of Homeland Security promulgated a final regulation that makes several important changes in the H-1B lottery process, which we briefly addressed in our recently published alert about the upcoming H-1B cap season.  This article will discuss the changes made by the regulation in more detail.

By statute, the number of new H-1B visas that can be issued by the USCIS during a fiscal year (beginning on October 1st) is capped at 85,000 (the “H-1B Cap”).  Cap-subject H-1B visas are given out each year in two primary tranches – 20,000 visas reserved for foreign nationals with a U.S.-earned Master’s (or higher) degree (the “U.S. Master’s Degree Tranche”) – and an additional 58,200 visas are reserved for all foreign nationals who otherwise qualify for H-1B classification (the “Regular Tranche”).  The USCIS also reserves 6,800 visas for citizens of Singapore (5,400) and Chile (1,400) for H-1B1 visas. H-1B1 visas have historically been under-utilized and remain available throughout the fiscal year.  Each year for the past several years, many more H-1B visa petitions have been filed under the H-1B Cap than the number of H-1B visas available in both the U.S. Master’s Degree Tranche and the Regular Tranche, and as a result, the USCIS has selected cases that may be processed for an H-1B through a random lottery process.

Under the current H-1B Cap lottery system, employers may submit a completed H-1B visa petition filing package for each foreign national that they are sponsoring to the USCIS beginning in the first week of April of each year.  If more visa petitions are received than the H-1B Cap Tranches allow, then the USCIS conducts two lotteries – the first lottery is for all cases filed under the U.S. Master Degree Tranche for the 20,000 H-1B visas available and the second is for the Regular Tranche for the remaining 58,200 H-1B visas available.  Visa petitions filed for foreign nationals with a U.S. Master’s degree or higher that are not selected in the first lottery are included in the second lottery as well.

The final regulation makes the following changes in this process:

The inversion of the H-1B Cap lotteries will go into effect in the up-coming H-1B Cap process that will begin on April 1, 2019 (the “2020 H-1B Cap”).  However, the USCIS has suspended the implementation of the online registration system until at least the 2021 Cap (commencing on April 1, 2020).  While the proposed regulation had contemplated creating a staggered lottery system where USCIS would only make a limited number of H-1B Cap numbers available in April so that multiple lotteries could be held throughout the year, the final regulation decided to do away with that approach and the plan is to continue with the current policy of making all H-1B Cap numbers for the next fiscal year available for use as of April 1st.

One significant concern raised in the comments to the regulations when they were proposed, was that by making the registration process simple, the USCIS would make it easy for very large employers (including staffing companies) and unscrupulous employers to submit large numbers of registrations including for cases that may not ultimately be filed. As an example, a staffing or consulting company could submit registrations for thousands of foreign nationals without knowing whether they would in fact have contracts with U.S. employers at the time of registration that could support an H-1B filing.  As a result, the system could see dramatic increases in the number of registrations that are submitted thus reducing the chances of any single case being selected in the lotteries.  These comments suggested approaches to prevent this like requiring a fee to register or requiring at least the certification, prior to registration, of a Labor Condition Application.  The USCIS brushed away these concerns and indicated that there would likely be a representation in the registration form that the employer intends to file an H-1B visa petition for the identified foreign national on terms that are consistent with the information in the registration and that the information in the registration is accurate.  Where the USCIS finds that an employer does not file multiple cases selected in the lottery or other evidence of fraud, it would then have a basis for investigating and possibly taking legal action against the employer.  Time will tell whether these concerns are real and if so what the response of the USCIS will be.

Parker Gallini LLP will keep you up-to-date as we learn more about the registration process and about the 2020 H-1B Cap lottery process. You may contact the author directly for more specific information: Donald Parker.